Jason Brown 10 yıl önce 0
i still don't understand how they are going to make a feature-length film about an event that didn't even last 5 minutes. are they going to have the geese plotting against the airplane for the first hour?
Yanıtla ↓•Permalink•Report 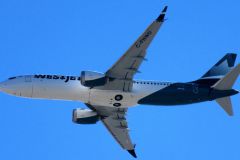 DanWardlaw 10 yıl önce 0
Watch the old "Airplane" movies, then you'll see how they can.
Yanıtla ↓•Permalink•Report 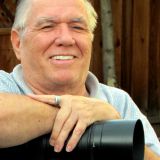 Clement Roberts_ksjc408@aol.com 10 yıl önce 0
It will be interesting to see ... I'll volunteer as one of the passengers ..and do it just for the "shoulder rubbing" with Sully
Yanıtla ↓•Permalink•Report

John Andre 10 yıl önce 0
It's very simple, Jason. They will do short, big screen bios on a few of the passengers, maybe the flight crew, detail Sully's morning or even the night and day before, maybe sitting at the computer after supper and dialing up Flightaware. Throw in a fictional bystander just happening to be bird watching from a high rise talking to his girlfriend and saying sorry he couldn't make the flight he has to work. And there you have it. The movie will not be all in flight coverage. I doubt it's going to win any awards but someone will make a buck or two off it. I hope Sully does. The whole event still has me shaking my head in disbelief...
Yanıtla ↓•Permalink•Report

Laurence Ostrow 10 yıl önce 0
One part of me is saying let it go and move on, but on the other side, I think a movie would be a great tribute to Sully and his crew and to show the world what CRM is all about!
Yanıtla ↓•Permalink•Report

houndog528 10 yıl önce 0
Forgive me for being harsh, but I find this absolutely disgusting. I have failed to see, from the moment this happened until now, how this man is a "hero". He was just doing his job, what he was trained to do, and nothing more. And, now he has book deals and movie deals?!? He is not a real hero. If he were, he wouldn't be trying to make a quick buck off of this incident. A real hero doesn't need to brag about what he did. A real hero dusts himself off, and moves on with life. I'm sorry, Sully, but you're no hero. You're just a typical American out to make a quick buck.
Yanıtla ↓•Permalink•Report 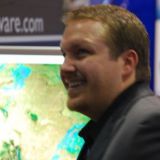 zachs09 10 yıl önce 0
@ houndog528 I don't think the movie and book deals were Sully's idea. It's not him that is trying to make a quick buck it's the movie and book companies that have contacted him. Yes, Sully was just doing his job but he did it better than any other pilot could have. A hero is anyone who saved someones life. Because of Sully several were saved.
Yanıtla ↓•Permalink•Report

houndog528 10 yıl önce 0
Zachs09, you are wrong on all acounts. It is Sully trying to make a quick buck off of his fame. Wasn't it him I saw complaining on t.v that airline pilots don't make a lot of money? And, now, he has book and movie deals?!? I wonder why!!

And, to say that Sully did his job better than any other pilot could have, is incredibly naive on your part. You must have forgotten about Captain Peter Burkill, and crew, and British Airways Flight 38. His Boeing 777 crapped out 175 feet above the ground on final approach to Heathrow Airport. He managed to get his crippled aircraft on the ground, missing many cars traveling on the A30 by about 20 feet, and all in about 3 seconds time. Hell of a flight crew, if you ask me!!

Or, how about the Gimli Glider in Canada? Captain Robert Pearson and First Officer Maurice Quintal dead-sticked their 767-200 to a safe landing on an airfield-turned-auto-dragstrip, which was in use by many people and cars at the time. Again, hell of a flight crew here!!

Or, how about Captain Robert Piché and First Officer Dirk DeJager and Air Transat Flight236? They glided their A330 to a safe landing in the Azores, 65nm away!! How impressive is that? Again, hell of a flight crew here!!

The big difference between the above flight crews and Sully, is that these guys didn't have to make book and movie deals to cement themselves in aviation history. They did it with grace, class, and dignity, something Sully will never have.

And,when you say "A hero is anyone who saved someones life", you are wrong again. Yes, a hero does end up saving somebody's life, but it's the way they go about doing it that sets them apart. A hero is someone who goes above and beyond the call of duty. A hero is someone who does something that they are not trained to do, in an environment that they are not trained to be in. A real hero doesn't need to build themselves up and capitalize on their ten minutes of fame. A real hero fades into the background with class, grace and digity.

Out of the above flight crews, Sully included, only one felt the need to go on all the talk shows, write a book, and make movie deals. And, that is Sully. Why? Because he is a typical greedy American out to make a quick buck.
Yanıtla ↓•Permalink•Report

KauaiGolfer 10 yıl önce 0
Houndog, you might want to look a little deeper into the Gimli glider 767 accident before you call the pilots heroes.
Yanıtla ↓•Permalink•Report

skylloyd 10 yıl önce 0
Met "Sully" last year at McChord AFB for his book signing, this man merely did what he had to do in a emergency, the news media took it from there, I wrote a longer version of this comment, but, flight aware cut me off....
Yanıtla ↓•Permalink•Report