7 yıl önce eklendi
Lots of nice graphics here, including the ping arcs from the satellite. The first two are clearly closer together than the rest, if this is accurate, implying the flight path changed. And seems like the earlier ones should provide some clear constraints on the flight path, since they shouldn't all be closer to the satellite's projected position. Are the earlier ping arcs also available? (www.washingtonpost.com) Daha Fazlası...

1. Even shows a 7-hour radius map (had the plane flown in a straight line).

2. Shows how the ping arcs can be used to calculate the potential path of the plane.

5. Explanation of various forms of communication with and tracking of the plane.

7. Explanation of the voice and data recorders, including The recording of 25 hours of flight data, 2 hours of voice and 2 hours of digital messages.

What if it were a ghost flight and the last hours of silence overwrote whatever meaningful conversations that might have been had when stuff hot the fan.
Yanıtla ↓•Permalink•Report 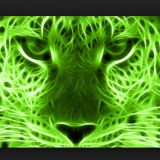 Ella Talbott 7 yıl önce 2
I just find it absurd that in this day and age we can't find an airplane the size of a B777. And yes I do understand the world is a big place.
I also find it absurd that roughly 4-5 days AFTER satellite images are taken are we acting on that imagery. By that time the debris has drifted or sunk. Total waste of resources searching for something in an area found 5 days ago. We need to either confirm or deny what this debris is because I mean, no disrespect, but how long can countries pool resources like this? Who's paying? And if the above article is such, then this just adds the the weight of my argument.

Could be years before we find the wreckage. I understand Air France was a long process but they had a positive location by now, was just the salvage of the FDR and CVR that took 2 years.
Yanıtla ↓•Permalink•Report

andromeda07 7 yıl önce 1
I find it strange that we don't hear of any reports of any investigators doing modeling for how long debris could possibly stay afloat.
Yanıtla ↓•Permalink•Üst•Report

PhotoFinish 7 yıl önce 1
Just because you don't know about it, doesn't mean someone isn't doing whatever you may be thinking.

There are likely many independent parallel investigations happening simultaneous. Not all of them are necessarily focused on finding the plane alone. For some security risk analysis may br much mire important.

Don't expect all the teams investigating this plane's disappearance to reveal their findings or their methods. They may in some circumstances reveal certain bits of info to their own country's military, to help in allocation and position of resources. Don't reject the possibility of placing resources on various sites to not as easily telegraph a particular country's capabilities to other nations.
Yanıtla ↓•Permalink•Üst•Report

The relative transparency issues raised by these security concerns are probably the single biggest obstacle to the entire search operation.
Yanıtla ↓•Permalink•Üst•Report

Victor Engel 7 yıl önce 2
Just a thought, but dolphins could be trained to listen for the pings. I bet they can hear better than the electronic equipment being used to listen to the pings.
Yanıtla ↓•Permalink•Report

Michael Townsley 7 yıl önce 3
What is puzzling about the southern Indian Ocean search is that it in the opposite direction of the last know heading of MH370.

What is interesting is that the last know radar hit on the plane is not that far from the largely ignored claimed sighting by a female airline pax who reported seeing a large plane in the water near the Andaman Islands. It might be possible that plane did go in the water there and the satellite signal continued to operate at or near the surface for several hours afterwards. The pax's report should be given more consideration regarding the timing of the sighting and the her plane's location at the time she reported it to flight crew.
Yanıtla ↓•Permalink•Report

1. One is that the plane exercised a directional maneuver to change heading and depart from its' planned route, exactly at the one moment that it was between contact with 2 separate centers in 2 different jurusdictions.

2. It was heading in a northernly direction over the Strait. So to find it in the southern corridor, the plane would've also had to perform a second near 180 turnaround.

And I'll throw in a bonus:
3. There hadn't been an ELT activated to ping: 'come look for me here' which would be expected in the case of a crash on land or water. Though I acknowledge that the ELT reliability rate has been less than ideal, and is completely dependent on airline maintenance.

----
A plane can certainly turn around a second time. And even the timing of the first turn around could be coincidental.

But after a certain amount of mental gymnastics to believe everything is coincidental, that one must acknowledge the mire likelier possibility that someone was controlling the plane intentionally, whether pilot or hijacker.

It would be difficult to take seriously any claim by any official that suggests conclusively that no passenger on that flight had extensive pilot training. Not when it has been proven conclusively that at least 2 or more passengers got on the flight with falsified and/or stolen credentials.

I'm not ready to insist on any particular theory. But until the plane or parts of it are found, it's difficult to follow whatever 'official' version du jour is promulgated without considering alternatives that may fit the facts, as reported.
Yanıtla ↓•Permalink•Üst•Report

Victor Engel 7 yıl önce 1
I just had another thought. I notice that the spacing of the arcs varies, increasing over time. The plane likely was traveling at a constant speed (or nearly so), unless it crashed between two pings. Assuming it was traveling in a straight line at a constant speed, the location can be further narrowed down by intersecting the flight path with the arcs such that the segments produced are equally spaced. The plane would have been going closer to tangent to the inner arc and closer to perpendicular to the outer arc. That should pretty much peg the flight path, again, assuming a constant speed and direction, within the accuracy of those arcs, of course.

I've never seen error bars or equivalent mentioned with respect to those arc. To what degree of precision are they known?
Yanıtla ↓•Permalink•Report

PhotoFinish 7 yıl önce 1
"Assuming it was traveling in a straight line at a constant speed, the location can be further narrowed down by intersecting the flight path with the arcs such that the segments produced are equally spaced."

That seems to be roughly how they estimated a trajectory.

But you can't rely on an infographic to be exactly to scale. Consider it a decent approximation at best.

So unless you're given actual real points that intersect those arcs to plot them in a mapping program, attempts to get precise results will be greatly compromised.

But you can get a general idea of direction by eyeballing it as you've done below.
Yanıtla ↓•Permalink•Üst•Report

Victor Engel 7 yıl önce 0
I realize that the map projection makes a difference. Using the map in the link, though, I get a best fit near about 16-17 degrees relative to the inside arc. The only alternative to the one on the map would produce a location probably in Kazakhstan or Uzbekistan.
Yanıtla ↓•Permalink•Üst•Report

Victor Engel 7 yıl önce -1
Hah, I just read the description of the squawk, where it says the spacing change implies a heading change. No it doesn't. Just consider if the arcs were complete circles, and imagine the flight path going tangent to the inner circle. That mental exercise should clarify the spacing.
Yanıtla ↓•Permalink•Report