Air Austral : Guito NARAYANIN evokes the purchase of the company by the Dubreuil group

5 yıl önce eklendi
Air Austral : Guito NARAYANIN evokes the purchase of the company by the Dubreuil group Following the extraordinary general meeting held on Monday by Air Austral to announce the new governance of the airline, Theophanes " Guito " NARAYANIN , shareholder and former member of the supervisory board , outraged , left the room, held this Friday a press conference to explain why he was a " travesty of assembly ." This is a hint at the end of his attack , he mentions a possible… (www.zinfos974.com) Daha Fazlası... 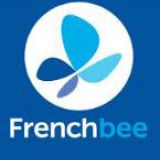 claude lauret 5 yıl önce 1
This is a hint at the end of his attack, he mentions a possible takeover by Air Austral Dubreuil group (holding Air Caribbean) who had changed his mind regarding the acquisition of Corsair ... If it was him, anyway, "he would be interested." He said no more but that could, according to him, explain the sudden and precipitous general meeting.

An assembly appointed Marie-Joseph Malé CEO in place of Didier Robert, President of Air Austral Supervisory Board (replaced by a board of directors), also president of Region and the Sematra. "We have continued to question the reliability of Air Austral organizational model, he says, and we finally have the feeling of having been heard by the Regional Chamber of Accounts." It requested the resignation of Didier Robert, highlighting the potential conflicts of interest of these elected also sitting in the Sematra. "He can not be president of everything", expresses Guito NARAYANIN.

But he said the situation has not changed since Monday, "The Sematra is still the majority shareholder (98%, ie) and its president is always Didier Robert It is the shareholder who appointed the members of the new. Board and CEO, Marie-Joseph Malé. These appointments simply emanate from the old governance. " He added: "The CEO and officer of Air Austral is revocable at any time, by appointing Mr. Malé as CEO of Air Austral, Robert therefore maintains its dominant position and uses Air Austral as a simple tool policy to the detriment of the real interests of the population. "

Guito NARAYANIN, which has invested € 2 million in the company, so talk of opacity, precipitation Didier Robert and a serious lack of communication with shareholders that are "made aware of anything." Among the critics, he evokes the purchase of two Boeing aircraft, "with which problems we risk" and "redone for the occasion at prices that we do not know. There are spending more than 400 million euro and the members of the supervisory board are not even informed. "

"There is a culture of fear to Air Austral, he adds, the evidence, they planned 400 seats in the General Assembly and we were only thirty."

No information and positive approach ... He also attacks the Region and regional cooperation, "40 million euros to bring us closer to other countries in the region ... But where does the money I offered low society? cost for Pierrefonds and more seats to Mayotte suffering from a recurrent lack. What are they doing to develop the area? "

Specifically, Guito NARAYANIN says glad to have lost his place in the supervisory board of Air Austral and exit the report of the regional audit on April 10. "I can now speak and especially to attack them. It's as president of R'Finances I asked for a refund of € 1.5 million (following the recapitalization of Air Austral in 2012, ed) to the Region and the Department. They said "no", so we can start the procedures. "

Procedures that apply only to him, but he believes that there will be others. An extraordinary general meeting, or "sham" hasty and a board "mounted from scratch," he said must be hiding something.
Yanıtla ↓•Permalink•Report