10 yıl önce eklendi
The Air Transport Association of America (ATA), the industry trade organization for the leading U.S. airlines, filed suit against the Export-Import Bank of the United States (Ex-Im Bank) to halt a pending deal for $3.4 billion in loan guarantees for aircraft financing to Air India, saying that it fails to meet statutory requirements, including (avstop.com) Daha Fazlası...

sparkie624 10 yıl önce 0
LOL, All our debt problems and everything else and Liberals want to send money to a foreign to help another airline when our airlines have plenty of problems to begin with... Come on Washington. Fix the problems at home first.
Yanıtla ↓•Permalink•Report

canuck44 10 yıl önce 0
I can't disagree with Wayne but need to point out that like pissing money into phony "green energy" companies like Solyndra or the Kennedy scam, there is a prospect of getting the asset back for non-payment. It will still have significant residual value.

We do get some of the rest of the value back through personal income tax plus the advantage of non-payment of unemployment costs, medicaid etc. The downside is that the unions then are able to launder tax money back to the Democrats.
Yanıtla ↓•Permalink•Report 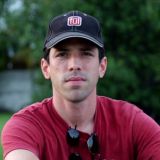 canuck44 10 yıl önce 0
Not a GOP issue, but a right to work as in South Carolina and twenty other states without being shaken down to contribute even when you and your fellow workers vote against it. We get to watch our factories move to China, Mexico and even Canada which shares many of our silly labor laws and then be told we are "lazy" by our president.

GOP have no balls either...except Brewer, Palin, Bachmann...might be a pattern there. (With apologies to Allen West and John Bolton).
Yanıtla ↓•Permalink•Üst•Report

preacher1 10 yıl önce 0
Well, if they are going to loan overseas, a requirement should be buy U.S., on shore manufacturing; the same program should be available to domestic Airlines, and they need to take a strong look at ability to repay. It is high time we started looking out for ourselves again and not every 3rd world country that comes along. That is what made us strong in the first place. We are going to have to be selfish awhile and tell this bunch of jealous ner do wells to kiss off!!!!IMHO
Yanıtla ↓•Permalink•Report

A M 10 yıl önce 0
To John - Normally I don’t engage with people with such views, it’s the old horse thing, you know you can lead an old horse to the trough but you can’t make it drink. John in your earnest for information watch another TV station your thinking has been distorted by FixedNews.

Companies leave for more profit it’s that simple, such as with the case with GM moving to Mexico. As for “Airlines Take Legal Action To Stop $3.4 Billion In Loan Guarantees To Air India” we have some of the information but not all. Go out and do some more research (be a critical thinker), you have a snippet of information and you make these blanket statements.

It might help you with your argument if you would stop regurgitating the talking points and begin to ask questions, use the internet to find out information, other wise you become a puppet to the ones you believe in. You have the tools in front of you.

We need more critical thinkers, billo the clown, cocaine (koch-cain), the fat man, etc. are not. They are paid talking heads for the likes of Koch brothers. These are the guys who make up the lies, you in turn seek out venues to show off your ability to repeat the message. Use that energy to help your family, your neighbors and those who need it. We are better than that, we are on this earth for a very short time lets do good so that the next generation has it better.

For example talking points, most Americans are against Obama care. That’s true. 54 percent are against 46 percent are for it. However, 13 percent of the 54 percent did not think Obama care did not go far enough. So the real number is 59 percent for Obama care and I’m sure that number is much higher and if you didn’t have the scare tactics such as their going to kill your grandmother (death squads).

Having said all this I know you’re like an old horse and for this reason I will not speak any further on this but I wish people would think for them selves and have more compassion for others. For me I choose to help others, I am a proud democrat. I may not become a millionaire or have a 4,000 sqf home but that’s ok. I’m happier knowing that I have companion for mankind and a willingness to help others. If that’s what I have to take to my grave well then I’m happy with that.
Yanıtla ↓•Permalink•Report