The Glamour of Flight: Will Passenger Space Travel Renew the Passion?

8 yıl önce eklendi
As aviation aficionados are painfully aware, the glamor of flight has been lost to mass travel and increased security measures which separate crews from passengers. As a young boy, I loved hopping on board an Allegheny Airlines flight to Niagara, or an Eastern Airlines jet to Disney World. The Allegheny planes were classics – the British-built Convair CV-540 Vistacruiser series with Allison 501 D13D/H turboprop engines. This was a replacement for the aging Doulas DC-3. The pilots and the entire flight crew of those classic rides were heroes to me, and provided me with perspectives on aviation that led to my own interest in the field and my license to be an aviator. They still are our heroes - but this sense of glamor is largely lost upon current and next generation flyers.

That sense of heroes on the flight deck has taken a back seat to so-called automated flight, and the gross misconception that today’s flyers are merely “bus drivers in the sky.” I believe that commercial space travel is poised to bring back that spark of excitement around early commercial air travel, and a renewed sense of respect and pride among air crews. The exciting career growth possibilities for aviators is also exciting.

The commercialization of low orbit space by private enterprises is a hot topic of late. The evolution of space transport technology in the depressing aftermath of NASA’s dismantling provides an exciting perspective as to what global travel could look like down the road. The eruption of private investment in new aviation technology provides some very real benefits - including advanced pharmaceutical research and the opening of doors to the reality of space tourism. But what hasn't been discussed very much is this notion of reborn enthusiasm for the thrill of flight, and a renewal of respect for the men and women of aviation.

It is quite amazing that Richard Branson’s Virgin Galactic Enterprise is on schedule and promises to offer us three hour tours as soon as this year at the low, low price of $200,000 per passenger. SpaceX goes so far as to promise the colonization of Mars not so far down the road, but none of this will feel real until the first passengers are able to conveniently achieve orbit. We are right on the cusp of this exciting development.

Consider that even in these post-NASA manned flight days private industry will allow us to service and update the space station without the aid of international partners, and achieve nearly instantaneous overseas business travel using the rotation of the Earth.

My kids and yours are possibly reading this right now on FlightAware, and it will begin to sink in that as the first Galactic flight takes to the skies with paying passengers this year that this future reality is coming within grasp.

By no means is the respect for flight gone today, however. By way of reference in today’s air travel, how many of us have pushed back from the terminal at Narita Airport in Japan on an airline like ANA and experienced the company's deep-seeded respect for commercial flight? For those who haven’t, it is quite an experience. The amount of pride and perfection shown in your flight’s preparation is impressive and harkens back to early the days of commercial air-travel. Everyone from the baggage handlers to the inspectors and food service professionals lines up to send you off on your journey. You feel cared for and as if you are in good hands. As we are painfully aware, this is no longer the norm.

Since low-orbit space travel and tourism will likely involve training and preparation, I often wonder what Branson’s or Boeing’s or SpaceX’s visions will be for the customer experience. I also wonder if the utter respect that used to surround our flight crews will once again be restored in a meaningful way. Having passengers sit with crews and trainers to understand the realities of low or zero-G flight will foster a new understanding of the knowledge involved in aviation. Crews will once again be training passengers - not just telling them not to smoke and to buckle up. Flight crews will interact with passengers again throughout the flight - unfettered by locked doors and PA systems.

In the coming weeks and months I will be covering this new era of flight both from a technology perspective and also an emotional one. I will be doing this in addition to covering day in and out aviation industry issues. Our bright future in aviation continues, and it will be exciting to share that thrill of early flight feeling with my kids and yours.

How will FlightAware track commercial spaceflights? Time to call Branson.

jmilleratp 8 yıl önce 5
All I know is that I just came back on Southwest. And, it was a completely different experience than on Delta! You actually get some legroom, and reasonable fares. On Delta, you have to pay $59 now to just get a seat with the same legroom. Plus, you pay a lot more to fly on them. So, having an airline that actually cares at all about the customer is what makes me feel more enthusiastic about flying.
Yanıtla ↓•Permalink•Report

Michael Fuquay 8 yıl önce 2
My thoughts exactly. It's amazing what a little personal interest, a smile, and a friendly atmosphere will do for the whole flying experience. Much better than most airlines that make you feel like another one of the sardines in the tin can.
Yanıtla ↓•Permalink•Üst•Report

preacher1 8 yıl önce 3
Well, I am going to put the SPACE TRAVEL aside, as others here have expressed viable opinions on it and I am going to the comment on Narita. You are dealing with a CULTURE there where PRIDE is still taken in doing a job and the American way of slop and apathy has not permeated it YET. It used to be, in this country, that truck and bus driving were noted, respected, PROFESSIONS. Now, the are just a job and an industry full of crackheads.
Airline Pilots used to be on that same level. While it has not progressed totally to that point yet, it is not near as glamorous as it used to be. Come to think of it, all airport jobs used to be cool. Now they are minimum wage, and can't wait to get off.
Yanıtla ↓•Permalink•Report

felix pilla 8 yıl önce 2
Interesting and exciting. It will be a challenge for the average flyer though!

CaptainFreedom 8 yıl önce 4
I don't see how space travel is going to renew any aviation passion since 99.99% of us can't afford it. It will become a trendy niche thing to do for the rich and bored....something along the lines of what climbing Everest has become.
Yanıtla ↓•Permalink•Report

Martin Haisman 8 yıl önce 2
As long as no one lights a fire in the toilet.
Yanıtla ↓•Permalink•Report

preacher1 8 yıl önce 1
Seems somebody did a few days ago. It was posted here on FA but I can't remember the details although they did it more than once on the same flight.
Yanıtla ↓•Permalink•Üst•Report 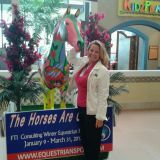 Colin Seftel 8 yıl önce 1
Nice article Matt, but you're memory isn't infallible. The Convair CV-540 was not British-built, nor was it called the Vistacruiser. The CV-540 was a converted CV-340 with British Napier-Eland turboprops replacing the original Pratt & Whitney R-2800 Double Wasps. The Vistacruiser was another CV-340 conversion, a Convair 580 with Allison 501 D13D/H turboprops.
Another correction - you can't say that Virgin Galactic (which is British-owned) is on schedule. Will Whitehorn, former president of Virgin Galactic, stated in June 2009 that the company would "not put a definite timeline on when the commercial flights would begin," but that "all was on track with its development plans," and that "If all goes to plan," the inaugural suborbital flight should happen "within two years." In May 2013, Richard Branson stated that he would be aboard the first public flight of SpaceShipTwo, which was scheduled for December 25, 2013. It hasn't happened yet!
(Source: Wikipedia)
Yanıtla ↓•Permalink•Report 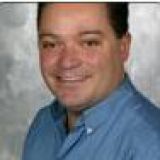 [This poster has been suspended.]

Well said. But as an airline pilot i wish we could get back to the way it was back then, and it can be done even now days.
Yanıtla ↓•Permalink•Report

Brian Johnson 8 yıl önce 1
Pure fantasy. Branson doesn’t have a motor that can even push to 50 miles. The minimum required to meet the ticket/contract. 62-68 miles was what was hyped. They aren’t on track to do anything… He’s gota do more than smile and make empty promises.

And, it’s still not “Space”. Upside-down bungee jump is a more apt description. They can see space, but have no way to get there! If they can get a motor to get up to 68 miles, that’s still only has 1/10 of the energy needed to get to orbit.

Spacex has a chance to get tourist to the ISS. But it’ll be decades before anyone can make it to Mars, alive…
Yanıtla ↓•Permalink•Report

Martin Haisman 8 yıl önce 1
In al seriousness will the expense and technically challenging transition from Heathrow through the mesosphere,thermosphere exosphere and beyond then pop down to LA be a total waste. did we not learn from Concorde? Run at a loss, too small and because so never updated the avionics or spending on recommended safety problems. There would have to be some huge steps in technology to make it work. Renew the passion? Automation has dried that one up long ago.
Yanıtla ↓•Permalink•Report 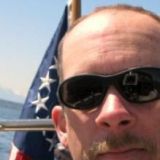 Dan Leach 8 yıl önce 1
I sails the seven seas Matt....but I dream of the stars...and steer by them. Nice article. Got all these pilots talking.
Yanıtla ↓•Permalink•Report

As long as humans are slaves to the almighty dollar, we will never progress beyond what we see in aviation today. Manufacturers will continue to play around with different materials and their engines to get better efficiency. But in the end, people are all about the bottom line, and that will always hold back advancement.
Yanıtla ↓•Permalink•Report

blake1023 8 yıl önce 2
What other choices do people have? If you're not about the bottom line, what advancements would you have? People are not going to work for free, education isnt free, R&D isnt free, and you can't make something out of nothing.

One more thing, air travel from the days of the DC-3 to now, I think is pretty impressive, and it all happened thanks to the dollar.
Yanıtla ↓•Permalink•Üst•Report

Michael Fuquay 8 yıl önce 1
Exactly my point, Blake. Minimal advancements will be made here and there always in aviation. But the thought of making galactic flight possible to the everyday flyer seems a little farfetched and just a dream.
Yanıtla ↓•Permalink•Üst•Report

Jared Smith 8 yıl önce 1
I suspect this conversation was had in the early 1900's concerning how aviation could compete with or even supplant ships and trains (tens of thousands of people above 30,000 feet 24/7, sure). Passenger aviation travel started with folks sitting on mail bags in biplanes or an expensive ride with a barnstormer at the fair. This progressed to the era noted in Matt's article, which did cater to the rich and famous. I always enjoyed the opening scenes in "The High and The Mighty" where they are boarding the airliner in Hawaii for a glimpse of the past.
Predicting the future is always a treacherous proposition, and betting on the status quo is certainly easy. But often wrong.
Yanıtla ↓•Permalink•Üst•Report

Michael Fuquay 8 yıl önce 1
I'm sure that people 45 years ago, when man landed on the moon or the first time, thought that we'd all be space travelers by now. But rather, our aviation headlines usually consist of airlines going bankrupt or merging because of bankruptcy.

preacher1 8 yıl önce 0
Well, Space is the next natural progression, based on where we came from. That is reality in that technology is there, BUT, the other reality is that the $ are not and that is the reality that will prevail.
Yanıtla ↓•Permalink•Üst•Report

Michael Fuquay 8 yıl önce 1
Yep. Our abilities as humans will only go as far as our checkbooks take us.
Yanıtla ↓•Permalink•Üst•Report