4 yıl önce eklendi
Emirates Airline president Sir Tim Clark believes a truce in his company's feud with the US trio of American, Delta, and United Airlines could be very beneficial for everyone involved. At the same time, the long-time airline boss decried the tactics employed by his rivals. (www.businessinsider.com) Daha Fazlası...

Peter McGrath 4 yıl önce 5
Someone with "Sir" preceding their name lecturing others. Who would have thought that?
Yanıtla ↓•Permalink•Report

paul gilpin 4 yıl önce 3
i agree.
however, clark only has to answer to Ahmed bin Saeed Al Maktoum, US3 have to answer to hundreds of thousands who want their dividend checks to go up in value.
if the US3 investors don't get their way, you're only going to lose your job, they aren't going to chop your head off or anything like that.
oh.
wait.
Yanıtla ↓•Permalink•Üst•Report

Eli Whitney 4 yıl önce 8
When you can't prevail using logic and intellect, then you turn to insults and innuendo. Clark sounds more like the whiny three year old he accuses US3 of being using his playground insults here. Must be hurting his bottom line pretty bad, so lets keep shutting him out!
Yanıtla ↓•Permalink•Report

Ric Wernicke 4 yıl önce 3
Clark would love to have US carriers do his door to door deliveries in the USA after he has sucked the considerable long haul profits out of travelers pockets. The ME3 built their airlines and continue to run them with money received from Americans by overcharging for oil using a cartel.

He should be told by the US to go pound sand (there are ample opportunities) and that the America is tired of unbalanced trade deals that hurt the American economy and people.
Yanıtla ↓•Permalink•Report

canuck44 4 yıl önce 3
It is difficult to see how he plans to sustain his business plan when the new long range twins can provide cheaper point to point service without a stop and plane change in Dubai. The answer is not to play his game but to bypass him from US hubs on the most high traffic routes leaving him the higher cost of servicing less popular destinations.
Yanıtla ↓•Permalink•Report 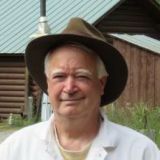 Cansojr 4 yıl önce 0
This reminds me about the story between the frog a scorpion. If you let thugs dictate where they can fly where ever they want. Delta is a prime target to get hurt like in the frog and scorpion fable. But it is applicable to all Western Aviation carriers.
PLEASE SAY NO TO EMIRATES. A lot of American and Canadian carriers would be harmed by the less than honourable tactics of Emirates. Remember the Canadian Minister of Defence was denied landing rights in Dubai unless we gave them access to Canadian slots. We told him to go zxzx a xxxkey.
Yanıtla ↓•Permalink•Report

Duncan Harding 4 yıl önce 0
Like he said, Show the proof of commercial harm. None of the moaning comments before me do this. And his comments about US3 not taking connecting flights from EK is just pathetic.

There are 2 sides to most stories: In practise, the US carriers all enjoy Gov funding / protection on their routes to the Middle East via federal procurement policies.

Take, for example, Delta DL7/DL8 into DXB. It started when US Gov entered Afghanistan back in 06 to mobilize military and civilian personnel into the region. Only US carriers could carry these folks as Fed Gov was paying the bill and Mid East carriers could not - and didnt event attempt - to get that traffic.

Then when Obama demobilized, Delta traffic on these routes tanked, so understandably they cancelled the route, but whelped and whined it was because ME carriers made them un-competitive, yet at no time, to this day, has Emirates or Etihad ever landed a single plane in ATL to compete with DAL.

The ME carriers win on their geographic location between major World markets + world class service and the experience they offer their clients.
Yanıtla ↓•Permalink•Report

Michael Osmers 4 yıl önce 3
Um, there is the small matter of some 50 billion in subsidies for ME3... Please explain otherwise how a small to medium sized carrier, Emirates for example, can afford to place an order for 150 of the most expensive aircraft in the world from current operations? Of course it can't, follow the money, it's an attempt to fly in the face (pun intended) the negotiated open skies treaty, the others are only asking for enforcement. As to the DL argument, Saudia managed to circumvent it by codesharing with Jet Blue which of course is strictly a domestic carrier thereby carrying a Jet Blue flight number that the US government deemed ok to book employees on, resulting in United pulling out of the entire Middle east.
Yanıtla ↓•Permalink•Üst•Report

1. Show me the commercial harm? You can’t and US3 can’t either.

2. Saudi’s has been around for years and is not deemed part of “the problem” by the US3. I’d bet not a single passenger travelled to Saudi and then onto Afhanistan for the US Gov.

3. Unlike British Airways / Lufthansa/ Air France etc - United (nor any US carrier) never had anything to pull out - because they never had a serious presence in the Middle East to start with.

4. Last I looked - the US3 had a very healthy fleet and forward order of Boeing planes - don’t see anyone complaining about the orders placed on our US factories in this thread...

4. Bottom line is US3 are disruptive from our point of view because they have a better product. Let’s face up to the competition and beat it. The industry needs better competition.
Yanıtla ↓•Permalink•Üst•Report

Duncan Harding 4 yıl önce -2
Oops. Meant to say ME3 (not US3) have strong Boeing fleet and are disruptive.
Yanıtla ↓•Permalink•Üst•Report

Matha Goram 4 yıl önce 1
The current contract for government trips to ME is with JetBlue, I believe. Guess which airline is the proxy for this service? Sad?

As I remarked in another thread, let us hope that the "neo" variants of B787 and A750 render the ME layovers extinct.

The audacity of a BOAC (yeah, I'm ancient too!) or British Caledonian reject to lecture on profitability.
Yanıtla ↓•Permalink•Üst•Report

Cansojr 4 yıl önce -3
Again, Emirates is pulling the strings on a very high tech industry. It's not a matter of growing-up. It's a matter of not being pushed out of landing spots.
This cannot stand because it will happily continue once he has secured the prime slots. This guy is a liar and a thief. He will do anything to gain super-size access for all the A-380's. He operates like Hitler. You appease him by avoiding conflict giving into a trade war he will lose. Then a month later he offers you another deal.
Hang-up, because he has launched an aviation trade war that is all of the Emir's fault. (Emir = Hitler) He also denies that he is an Anti-Semitic which of course he is. He doesn't believe in the holocaust.
Yanıtla ↓•Permalink•Report

Kaitan Gupta 4 yıl önce 0
While U.S. airlines don't receive government subsidies, didn't they earn huge profits in the early days of aviation thanks to heavy government regulations that were passed not for safety reasons, but to shut down competition from other airlines? Wasn't the Wright Amendment really a law the big airlines got the government to pass to prevent a smaller airline from providing better service at a lower cost to the customer. I'm not an expert on the airline industry so please correct me if I'm wrong here. But if the U.S. government did pass laws to give the big airlines a competitive advantage, that seems very similar to what Middle Eastern governments do to give their airlines a competitive advantage.
Yanıtla ↓•Permalink•Report

Michael Osmers 4 yıl önce 3
Actually the Wright Amendment was designed to protect Southwest from completion! If I remember correctly, it was decided in the 60's that Dallas Love Field (DAL) would prove to be inadequate for future growth so major airline flights were essentially prohibited with the construction of DFW. What happened though is the law limited DAL routes to Texas and adjacent states, primarily benefiting startup carrier Southwest! Naturally as time went on, Southwest grew out of the market and successfully petitioned Congress to first loosen the restrictions and eventually the law was fully repealed a few years ago. One could easily argue BTW that this law was responsible for nurturing SW against actual completion from the 'legacy' carriers who were forced to operate out of DFW while SW gained momentum in the monopoly of the downtown airport...
I'll take my tomatoes now! ;-)
Yanıtla ↓•Permalink•Üst•Report

Lance Neward 4 yıl önce 4
Fact is, the Wright amendment was put into place to protect DFW and its legacy carriers. Representative Jim Wright was, essentially, in the pocket of the legacy carriers, particularly American. The rules about how far carriers could fly was originated specifically to drive out Southwest's business model. I was working for a legacy carrier at the time and it was patently obvious what was happening. Southwest could fly anywhere they wanted, non-stop, as long as they didn't do it from Texas. To fly from Dallas Love, they had to stop within about 1500 miles from DAL, then they could go on. This protected the medium and long-haul flights of the legacy carriers. The legacy carriers flying out of DAL had the same restrictions, but the effect on the carriers was vastly different.
Yanıtla ↓•Permalink•Üst•Report

mnyakko 4 yıl önce 2
Just a quick clarification (which does not really alter your overall point). The Wright Amendment was to drive traffic to the soon-to-be-built DFW which could not be viable while having a competing airport. The Amendment was an effort to enforce an early 60's agreement to move all traffic to DFW, but since Southwest was founded after the agreement the court upheld that it did not have to follow the agreement.

Enter the Wright Amendment to protect, not Southwest, but Braniff's, Ft Worth's and DFW's investment in moving to DFW. It allowed commercial passenger flights out of DAL only within TX or on planes holding <57 passengers to AR, LA, NM and OK. To get around this passengers could book a flight from DAL on Southwest to, say, OKC and then book a separate flight from OKC to another location served by Southwest.
Yanıtla ↓•Permalink•Üst•Report

Kaitan Gupta 4 yıl önce 1
I didn't realize this. This is informative. So does it follow that SW did in fact benefit from gov't regulations also along with the big 3? I think it's more complicated than that, but that's my point. It appears every airline (American, European, Middle East) has benefitted from government interference whether it be in the form of subsidies, regulations, or both. At the very least, one could make that argument. Tomatoes are on their way, they're being delivered by Emirates Cargo.
Yanıtla ↓•Permalink•Üst•Report

Michael Osmers 4 yıl önce 2
Yes SW did benefit I would say. But remember the history of commercial aviation. The US government basically created the legacy airlines and perhaps arguably all world airlines in response by awarding airmail contracts that were strictly regulated in the 1920's and 30's, hence the Civil Aeronautics Board that eventually mandated a basic per mile basic charge for airfares and assigned city pairs. Also remember the vast majority if not all non US carriers in the legacy era (to the 1970's I believe) were state owned enterprises meant to compete with the likes of Pan Am and TWA. The history of the industry is not the question, it is what it is.
What is in question is the unfair dumping of subsidized seats that will eventually adversely effect the viability of the now commercialized carriers that is in blatant violation of the negotiated treaty (Open Skies). If ME3 didn't want to abide by the treaty, they didn't have to sign. But that would have resulted in a very limited market penetration to any of the markets they would actually like to serve. IMHO you can't have it both ways and the push back from the commercial operators is both logical and justified.
Yanıtla ↓•Permalink•Üst•Report