2 yıl önce eklendi
In considering its options for a New Mid-market Aircraft (NMA), Boeing could ponder using an early design of a bestselling twin-aisle aircraft which was shelved a decade ago, in an effort to keep development costs low and execute on an accelerated timeline, one analyst says. (www.flightglobal.com) Daha Fazlası...

LethalThreat 2 yıl önce 9
The Boeing NMA should be a 757 update. Call it the 757-8 (-200 replacement) and 757-9 (-300 replacement). It would feature new engines, wing design, carbon fiber fuselage, range improvements with optional aux tanks to go even further, modern cockpit layout and systems, bigger dimmable windows, and a Boeing sky interior modern cabin. Last but not least, those engines would be slightly overpowered for unmatched performance, just like the classic 757.
Yanıtla ↓•Permalink•Report

Alex Parker 2 yıl önce 7
As much as I would love this the 757 line is long gone, so it can't really be considered a viable option anymore.
Yanıtla ↓•Permalink•Üst•Report

mbrews 2 yıl önce 6
- I like the idea. The idea of carbon fiber is significant. Makes it different for the naysayers who reflexively remind us that the 757 tooling was scrapped. What you describe is basically a single-aisle Dreamliner kid brother. this combination really is a clean-sheet design, borrowing the 757 shape and form factors, unforch with a quite long certification process. 787-3 is quicker to certification, market it as a carbon fiber 767 (with a hefty selling price )
Yanıtla ↓•Permalink•Üst•Report

LethalThreat 2 yıl önce 5
Good points. Yes, the mini Dreamliner is kind of what I was going for. Just like the 757 was a downsized aircraft that shared characteristics with the 767, the 757-8/9 will share some commonality with the 787. Throw on some overpowered engines at approx. 45K lbs thrust each for shortfield performance and approx 5000nm of range capability for the -8, maybe 4200nm for the -9, and you have a serious product ready to take on the A321LR. Heck, it would probably be better than the 321. United, Delta, and American would jump all over that.
Yanıtla ↓•Permalink•Üst•Report

LethalThreat 2 yıl önce 1
And I just thought of a name for this bad boy- the 757 “Evolved”. Building on the excellence and legacy of a proven performer. Please Boeing I think I’m on to something here!
Yanıtla ↓•Permalink•Üst•Report

I really wish the local powers that be, would fund lengthening the runway out to 8,000 or 8,500 feet w/a little help from DC.
Yanıtla ↓•Permalink•Üst•Report

Peter Fuller 2 yıl önce 8
Let’s see: new engines, new wing design, new carbon fiber fuselage, new modern cockpit layout and systems, new bigger windows, new cabin interior. With all that, might as well ditch the 1950s-era 707 fuselage cross-section and do a new wider single-aisle fuselage. That’s a new airplane, not a 757 update. Boeing might eventually develop something the market wants, but it won’t be a 757.

john andrew 2 yıl önce 2
I don't understand why the 787-800 can't do the job in the interim. The aircraft isn't really that big- has superior range and efficiency, and they're already producing them. Perhaps make a shorter version, but I don't see why they need to draw up another clean-sheet AC. I also don't see how they can re-engineer the 757 without essentially mimicking the 787 anyway.

Mike Ziemann 2 yıl önce 1
I'm pretty sure that shorter version of the 787-800 you are talking about would be..... the 787-3 that this article is talking about.
Yanıtla ↓•Permalink•Üst•Report 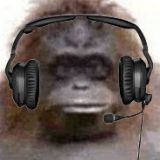 boughbw 2 yıl önce 2
An shortening of an existing design? I suppose the 737-600 sold so well that it's worth a shot.
Yanıtla ↓•Permalink•Report

JMARTINSON 2 yıl önce 3
My slightly altered version which, by the way, is no less accurate or true than the original.

BOEING B-17G COULD BE REBORN AS ITS NEW NMA

In considering its options for a New Mid-market Aircraft (NMA), Boeing could ponder using a late design of a bestselling four engined heavy bomber which was discontinued eight decades ago, in an effort to keep development costs low and execute on an accelerated timeline, one random analyst says.

As the company reevaluates its plans around building an NMA, Mr. Random Analyst, who is not affiliated with or authorized to speak for Boeing and is pretty much just shooting the shit with me, the answer for the Chicago-based planemaker could be relatively simple.

“The B-17G died a miserable death,” Random Analyst says from the The Keg Restaurant's bar (next to Costco) in Lynnwood, Washington on 6 February. “What would happen if maybe the solution for Boeing and NMA is staring them in the face.”

The B-17G, which was considered for the role of bombing the Japan market but never really gained traction due to it's limited range compared to more modern B-24s and later B-29s.

“Boeing has a very good record of understanding how the B-17G works - where its strengths are, how they can tweak it,” Random Analyst says. “What would happen if Boeing were to dust off that thing we called a B-17G, let’s tweak it, let’s take some weight out, let’s do some clever stuff with it, and maybe that’s our NMA.”

Industry experts agree that Boeing must move quickly towards making a decision on its NMA project in order not to lose time on offering a viable alternative to Airbus’ modern and efficient extra long-range A321XLR aircraft, which was launched in 2019.

For several years Boeing has talked of launching a clean-sheet NMA, an aircraft with about 270 seats and 4,000-5,000nm (7,400-9,300km) range. But the 737 Max grounding delayed that project beyond an ideal mid-2020s launch. As a result, Boeing is at risk of being left behind in the race to develop an aircraft that will be a viable replacement for the ageing 757 and 767, aircraft which will need to be retired soon.

Boeing chief executive David Calhoun recently put the brakes on the NMA as the Chicago-based planemaker continues to deal with the fallout from the year-long crisis. Calhoun says Boeing is reassesing exactly which segment of the market it should target with its next aircraft,

If Boeing does not launch a new programme soon, 757 and 767 operators, including airline heavyweights United Airlines and Delta Air Lines, which together currently operate more than 330 of those types, will have only the A321XLR to turn to expand existing transcontinental routes and create new intercontinental routes. United has already aligned partly with Airbus, announcing in December it ordered 50 Airbus A321XLR. Deliveries are scheduled to begin in 2024.

The B-17G had meant to fly 8 passengers distances of 2,000nm. At the time, it was touted as the natural successor of, well, nothing really. Boeing received 8,680 orders for the variant from two airlines – The Eighth Air Force and the Fifteenth Air Force. But in 1945 the war ended so Boeing canceled the programme.

Random Analyst says a new edition of the B-17G could typically start a flight cycle on the US West Coast, fly not all the way to the East Coast, refuel and reload, continue on to Halifax or something, possibly Greenland, Iceland, Europe, then Africa about a week later. Forget South America. “Maybe a revised B-17F would work.”

“By 2043… the market for this radial engined middle-market airplane will be 2,400 airplanes,” Random Analyst adds. “That’s a respectable number and it’s worth chasing.”

But convincing Boeing to go for an airplane that will likely have some passengers choking to death on their own frozen vomit at a time when more-efficient and lower-operating-cost pressurized jet aircraft with bathrooms outsell non pressurized aircraft without bathrooms nearly a-zillion-to-one will be a difficult sell, say other industry observers.

”There’s a long-term secular shift in favor of airplanes you probably won't have to bail out of then wait days or even weeks to be rescued (if ever)” Some Other Random Guy, vice-president of some other random company that isn't Boeing, says. ”The Max is a very serious situation for the business, but it’s also serving to mask what I think is the biggest challenge that Boeing has faced in many decades, which is that because of the Max, their ability to respond to this major secular shift in the market, coupled with a major competitive threat, is jeopardised.”
Yanıtla ↓•Permalink•Report

bill carpenter 2 yıl önce 1
"The B-17G, which was considered for the role of bombing the Japan market but never really gained traction due to it's limited range compared to more modern B-24s and later B-29s." Bombing the Japan? Where are the editors?
Yanıtla ↓•Permalink•Üst•Report

JMARTINSON 2 yıl önce 1
Editors? I think they all retired. These news sites don't even have reporters, and you want editors?
Yanıtla ↓•Permalink•Üst•Report

Chris B 2 yıl önce 2
Obi wan say this is not the aircraft you are looking for..
Yanıtla ↓•Permalink•Report

Roger Anderson 2 yıl önce 2
I mean it's not like it's a new design. They just shelved in back in the day.
Yanıtla ↓•Permalink•Üst•Report

These guys say what ever stands out to make them seem current with no real inside track to add perceived value to their predictions.. we’ll have to see
Yanıtla ↓•Permalink•Report

Jürgen Witte 2 yıl önce 1
As suggested in the article the planned B787-300 as a starting point for a NMA is not a good idea.
"reducing weight" woud be much more difficult than it was with the existing 787-800 already (... and that was initially substantially overweight)

I am pretty sure Boeing will not be able to get around a true clean sheet project this time. Adapting/changing the "787-300" to a narrowbody will not work out. I don´t see any respectable airline jumping on that train.
Yanıtla ↓•Permalink•Report

john andrew 2 yıl önce 1
I don't understand why the 787-800 can't do the job in the interim. The aircraft isn't really that big- has superior range and efficiency, and they're already producing them. Perhaps make a shorter version, but I don't see why they need to draw up another clean-sheet AC. I also don't see how they can re-engineer the 757 without essentially mimicking the 787 anyway.
Yanıtla ↓•Permalink•Report

Shenghao Han 2 yıl önce 0
They shot down 787-3 back in 2008 because of back then no one aside from few Japanese airlines were buying them.
10 years later...
Yanıtla ↓•Permalink•Üst•Report

Terry Briggs 2 yıl önce 1
This is nuts. Don't these people learn from their past mistakes? Boeing just suffered the largest annual loss in its history (not to mention its loss of prestige and brand) because of similar nonsense with the 737 Max and someone there thinks this is a good idea?
Yanıtla ↓•Permalink•Report

JMARTINSON 2 yıl önce 1
>someone there thinks this is a good idea?

I was going to say draw your own conclusions, but on second thought maybe you shouldn't. No, they don't think it's a good idea.
Yanıtla ↓•Permalink•Üst•Report